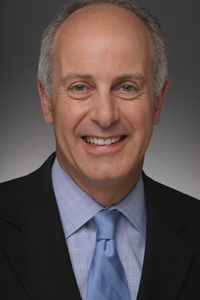 Joseph P. Benincasa is the President and CEO of the Entertainment Community Fund, the national human services organization that helps everyone in entertainment and the performing arts. He joined the Fund in 1989.

He serves on the boards of directors of several organizations, including Broadway Cares/Equity Fights AIDS, the New Jersey Theatre Alliance, Times Square Alliance and the Somerset Patriots, a minor league baseball team. He is also member of the Columbus Foundation, Lambs, Players and Friars' Clubs, and has been recognized with several honors, including The Actors Fund Medal of Honor, Tony Honors Award, New Jersey Legislature Excellence in Arts and the inaugural Made in New York Awards. He has chaired the New York Society of Association Executives, served as Secretary/Treasurer of the MusiCares Foundation (Grammys), and on the boards of the National Executive Service Corps, Theatre Communications Group, and as a member of the Tony Administration and Nominating Committees, and on the Boards of Directors of St. Peter's University Medical Center, the Human Services Council, Learning Ally, Bio-Reference Laboratories and YMCA of New York City.

In 2011, he was awarded an Honorary Doctorate of Humane Letters by Centenary College and served on the New York State Attorney General’s Leadership Committee for Nonprofit Revitalization. In 2018, he delivered the commencement speech at the Mason Gross School of the Arts at Rutgers University Mason Gross and received its Distinguished Service to the Arts Award. He currently teaches at the Fordham Center for Non-Profit Leaders.

Mr. Benincasa graduated from St. Joseph's University and earned a Masters from Rutgers University. He served in the Washington, DC, office of Congressman John Culver (D-Iowa) in 1973, directed the Title 7 Bilingual Education Program (New Brunswick, NJ) in 1974, and directed communications for the United Ways of Tri-State and Dade County from 1975 to 1980, and for the New York Blood Center from 1980 to 1988.